The second part of video interview series for S.T.A.L.K.E.R.: Clear Sky released by GSC Game World together with Deep Silver

The second part of the series deals with the main differences between Shadow of Chernobyl and its prequel Clear Sky (e.g. the war of the factions) and also with the expanded abilities of the artifical intelligence. Interviewee is Oleg Yavorsky, PR Director of GSC Game World.

The interview is available in the official S.T.A.L.K.E.R.: Clear Sky channel on YouTube

A new exclusive preview of S.T.A.L.K.E.R.: Clear Sky was published in Total PCGaming magazine.
Check out the mag's web-site here.

With amazing new levels, impressively clever AI and a great premise, Clear Sky is set to be the scariest and most atmospheric game of 2008.

1UP.com a well-known game portal posted a video preview of the upcoming survival FPS S.T.A.L.K.E.R.: Clear Sky.
You can watch this video here.

In the first part Oleg Yavorsky, PR Director of GSC Game World, reveals details about the story of the game, why Clear Sky is called a prequel and how much of the game world is going to be changed in comparison.

You can find this and other materials on official S.T.A.L.K.E.R. youtube channel - www.youtube.com/user/stalkerofficial

The video interview is available here 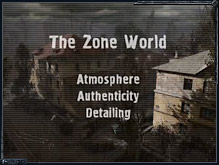 Check out new locations and compare them with their prototypes, notice the advancement of DX10 vs DX9 effects and feel deep atmosphere of the Exclusion Zone.

Updates in the Gallery

Files section has been updated with a couple of brand-new screenshots of S.T.A.L.K.E.R. prequel demonstrating renewed levels and some gameplay elements.

Results of the online S.T.A.L.K.E.R. tournament

On June 15, 2008 the final battle in the first S.T.A.L.K.E.R. online multiplayer tournament was staged. On behalf of GSC Game World, we express our gratitude to the organizers - game web-portal UkrGame.net and also Intel and ASUS companies for their help with the competition prizes. Our special thanks goes to the team of STALKER Hispano for their assistance with the server of the game.

GSC PR director's trip to USA and Europe resulted in a lot of articles about S.T.A.L.K.E.R.: Clear Sky published at numerous web sites. We are happy to note that you can read journalists' impressions in English, German and French languages. Hope you'll enjoy them! 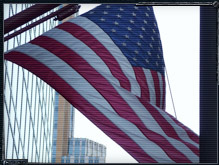 As the release of S.T.A.L.K.E.R.: Clear Sky approaches ever closer, the Zone has suddenly become active and started showing in various points of the globe. Eyewitnesses report anomalous activity on the territory of USA. Special agent of GSC Game World Oleg Yavorsky has been sent to the place of the events, armed with a fresh build of "S.T.A.L.K.E.R.: Clear Sky". He told us about the events upon his return.

31 may - 15 June 2008 S.T.A.L.K.E.R. multiplayer championship will take place. It is set up by the Ukrainian Portal UkrGame.net. We would like to invite all the gamers to try their fate and take part in this on-line competition.